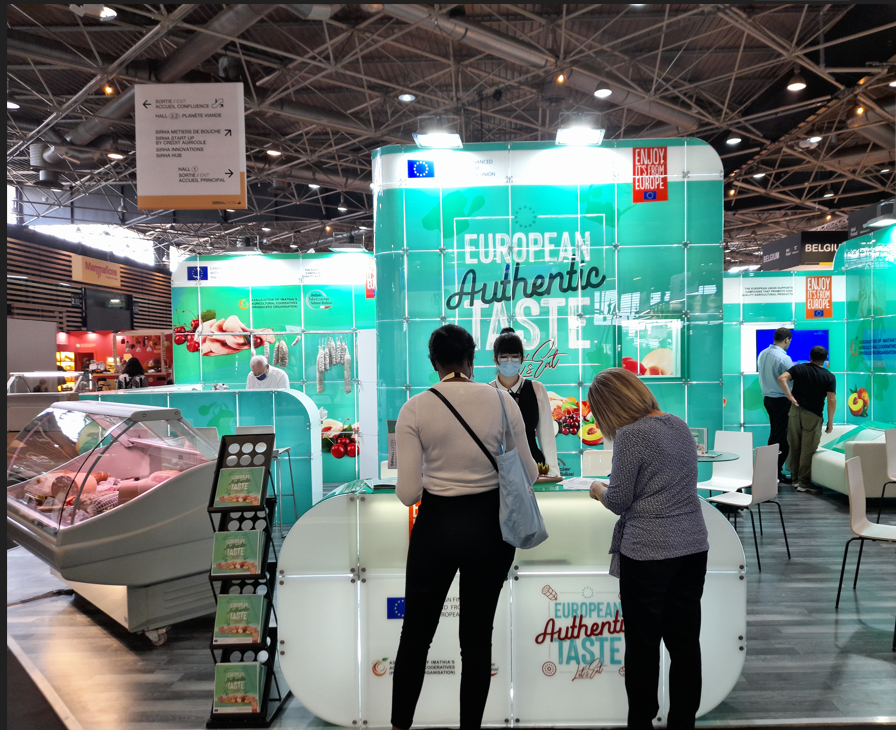 Within the framework of the European promotional campaign “LET’S EAT – European Authentic Taste”, the association of agricultural cooperatives of Imathia and the Istituto Valorizzazione Salumi Italiani, participated in the SIRHA expo Lyon from 23 to 27 September 2021 at Booth No 2.1G48. The twentieth edition of Sirha Lyon – the main professional meeting place for all those involved in the restaurant, catering and food sector – took place at EUREXPO – Lyon Convention and Exhibition Centre.

This edition of Sirha was unanimously appreciated by all the exhibitors,” notes Olivier Ginon, Chairman of GL Events, the organiser of Sirha. The 150,000 visitor mark was almost reached, a remarkable figure considering that the world economy is just emerging from the crisis of the COVID-19.

The event areas of Sirha Lyon were also very busy for its 21 competitions, including the final of the world pastry championship presided over by Pierre Hermé, which saw Italy win. But the image of Davy Tissot on the top step of the podium was the highlight of Sirha Lyon on Monday evening.

For the first time since 2013, a rejuvenated and creative French team won the Bocuse d’Or, the world’s greatest cooking competition! 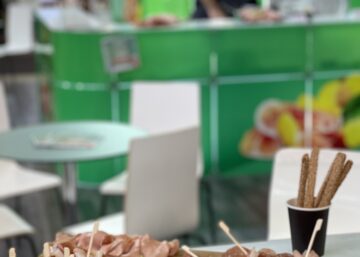 The Association of Imathia’s Agricultural Cooperatives and the Istituto Valorizzazione Salumi Italiani, within the context...

On Wednesday 23 November, IVSI - Istituto Valorizzazione Salumi Italiani and the Association of Agricultural...